John DeAugustine, publisher of The Daily Gazette, has worked in the newspaper industry for 22 years.

Before coming to The Gazette, John worked for the Hearst Corporation for eight years in varying roles such as corporate vice president of circulation for their Community Newspaper Group and publisher of the Connecticut Post.

John started his management career as circulation and operations manager for the Standard Observer, a small daily newspaper and commercial printing operation in Irwin, Pa. In 1995, he joined the Pittsburgh Tribune Review as home delivery manager, responsible for vendor negotiations, direct sales, retention and more. After four years, he became director of circulation sales and marketing, in charge of increasing sales and readership for the Tribune Review Publishing Co.'s digital and print products.

In 2009, he was hired as executive vice president and publisher of the Connecticut Post. For almost four years, he oversaw digital product sales and development, audience development, marketing, advertising sales and community outreach.

DeAugustine is currently on the board at St. Mary's Health Care in Amsterdam and has previously served as a board member for the Northeastern New York region of the American Red Cross, Hope House of Albany and the Southern Saratoga Chamber of Commerce.

John is originally from the Pittsburgh area and currently lives in Saratoga Springs with his wife and her two children. 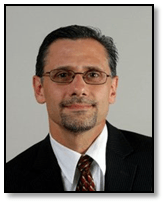