Philip Morris is the CEO of Proctors, the performing arts center of the Capital District located in Schenectady and TheRep, the region's only professional producing theater located in downtown Albany. Over the past 12 years Proctors has raised and invested nearly 50 million dollars to expand its stage, add a flexible use 430 seat theater (the GE), expand public spaces, create conference facilities and build a central heating and chilling plant that supplies 12 neighbor buildings and businesses with utilities and heats a snowmelt system under the sidewalks around Proctors' block, saving users and substantially reducing the carbon footprint of the buildings involved.

Proctors has been at the center of downtown Schenectady's redevelopment and is now open nearly every day of the year with music, theater, dance, films, conventions and meetings, community activities and major Broadway. The Education program of Proctors and TheRep touch over 75,000 young people a year with programs in schools, in the theaters and in a robust Summer school. With a vision of impacting the region's education, economic development and civic engagement, Proctors and TheRep are at the cutting edge of the intersection of the arts and public life. 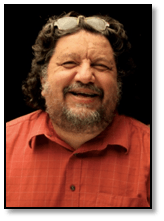