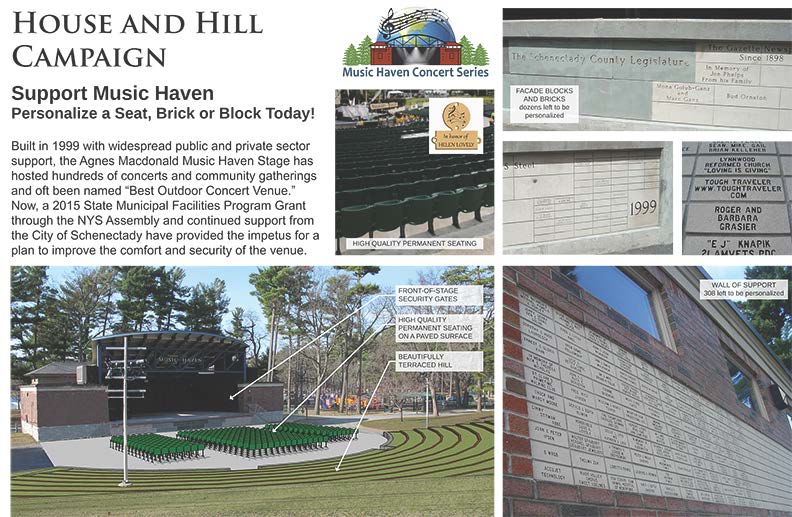 ((SCHENECTADY, NY)  Built in 1999 with widespread public and private sector support, the Agnes Macdonald Music Haven Stage has hosted hundreds of concerts and community gatherings and oft been named "Best Outdoor Concert Venue." Now, a 2015 State Municipal Facilities Program Grant through the NYS Assembly and continued support from the City of Schenectady have provided the impetus for a plan to improve the comfort and security of the venue.

"I am thrilled to make discretionary capital funding available to Music Haven and all of Central Park in Schenectady.  This park is one of the gems of the Capital Region.  We are hoping to announce additional funding for Central Park in the near future. My thanks to Mona Golub and her entire family for all they do to support civic life in Schenectady.  They are one of the reasons it is so enjoyable to be part of all the progress going on in the City," said Assembly Member Phil Steck, who helped to secure the grant.

The plan includes the installation of 400 permanent, stadium-quality front of house seats atop a new, evenly paved surface; a terraced hill offering improved seating to those who prefer lawn chairs and blankets; a security gate across the face of the stage; and a permanent hutch to cover the audio booth.

“We designed the ‘House and Hill’ campaign to supplement the grant and help ensure completion of the improvements,” said Mona Golub, longtime volunteer producing artistic director of the Music Haven Concert Series, who chaired the task force to build the stage back in 1998-1999. “We’re offering park enthusiasts, community supporters and Music Haven patrons the opportunity to help sustain the venue that lights up the heart of the park by dedicating a seat, brick or block in honor or memory of someone or something special.”

The differing dedication opportunities and costs are:

A rendering of the improvements, designed by Mary Moore Wallinger, RLA, ASLA, Principal of LAndArt Studio, and printed information detailing how to personalize a seat, brick or block, will be available at all remaining Sunday evening Music Haven concerts through August 14, through the series’ website (www.musichavenstage.org) and at Mayor Gary McCarthy’s office in Schenectady’s City Hall, 105 Jay St.

“Music Haven is more than bricks and mortar, it is a focal point of culture and the arts in our community. Its rich history as a central venue for the arts is only overshadowed by the dedication of its many supporters and volunteers who continue to bring quality programming and significant community events to our Central Park,” said Mayor Gary McCarthy.   “I ask the many members of the public who are enriched by the site’s contributions to our community to join us in enhancing Music Haven so it can continue to grow and introduce new generations to arts and culture from around the world.”

The names of all who dedicate seats, bricks or blocks between now and the end of the Music Haven Concert Series season (August 14), will be displayed on a placard next to the rendering at all of the remaining concerts. After the new seating is installed, and the brass plaques on each seat have been affixed, a public dedication celebration will be held (in early summer 2017). 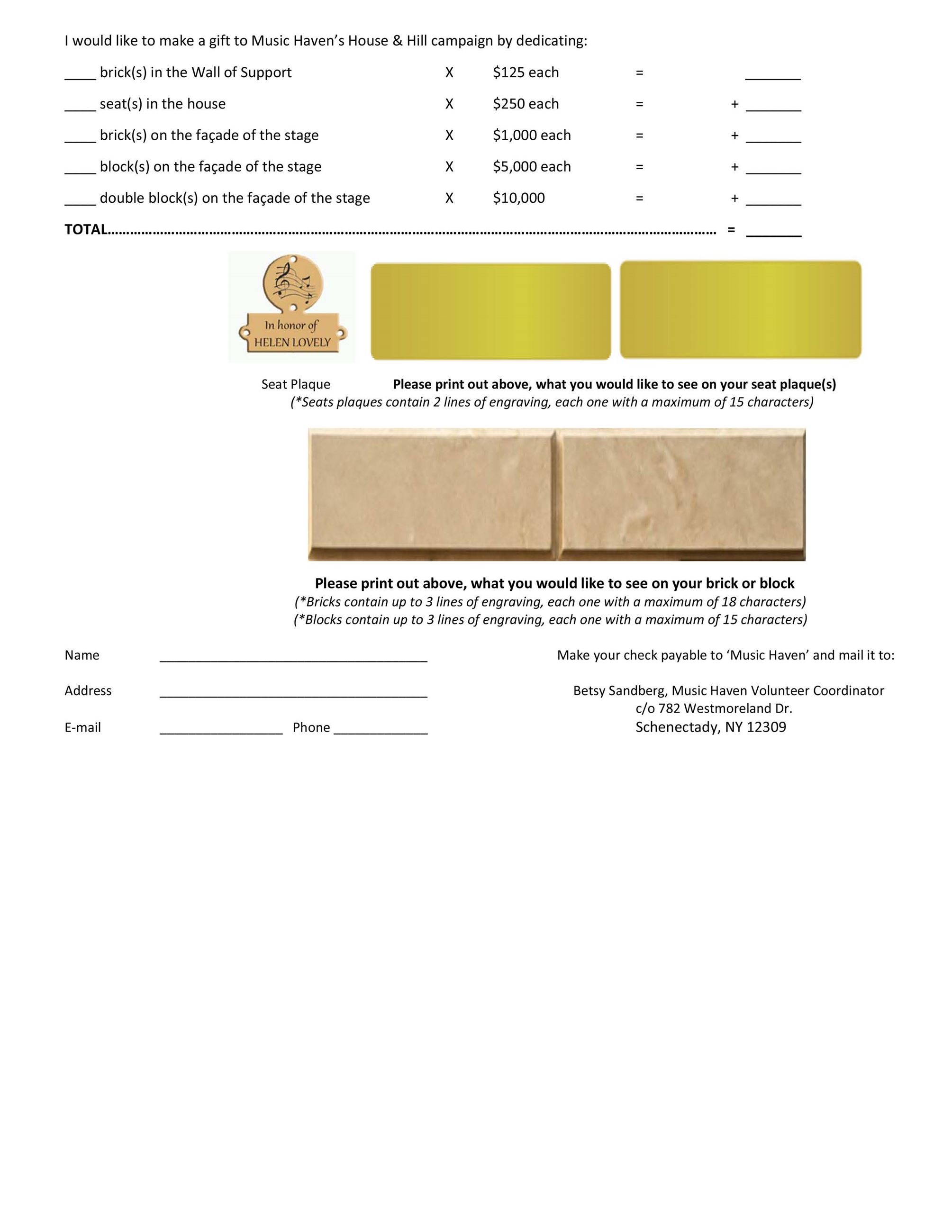